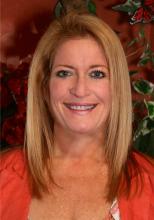 A native of Florida, Susan has worked with Southern Alliance for Clean Energy (SACE) since 2001 as a consultant and lobbyist and was tapped to be Florida Director for both SACE & SACE Action Fund in 2013.

She developed and directed The Florida Business Network for a Clean Energy Economy, a coalition of business leaders working together to advance the clean energy economy. Prior to energy and climate issues, Susan worked to grant the FDA authority to regulate tobacco with the Campaign for Tobacco-Free Kids; to institute a nation-wide health tracking system with Trust for America’s Health and for the first time to fund prostate cancer research with the National Prostate Cancer Coalition.

Susan was recently named to Florida Trend’s Inaugural list of 500 Most Influential Business Leaders. She served as an appointee of Governor Rick Scott to the Florida Commission on Volunteer Service from 2013-2018 and she was Founding Chair of The Florida Commission on the Status of Women. Susan grew up in Tampa, attending St. John’s Episcopal Day School and Academy of the Holy Names. She holds a Bachelor of Science in Speech from the University of Texas at Austin and an A.A. from Florida State University. Susan resides in Belleair Beach on Florida’s central Gulf coast.